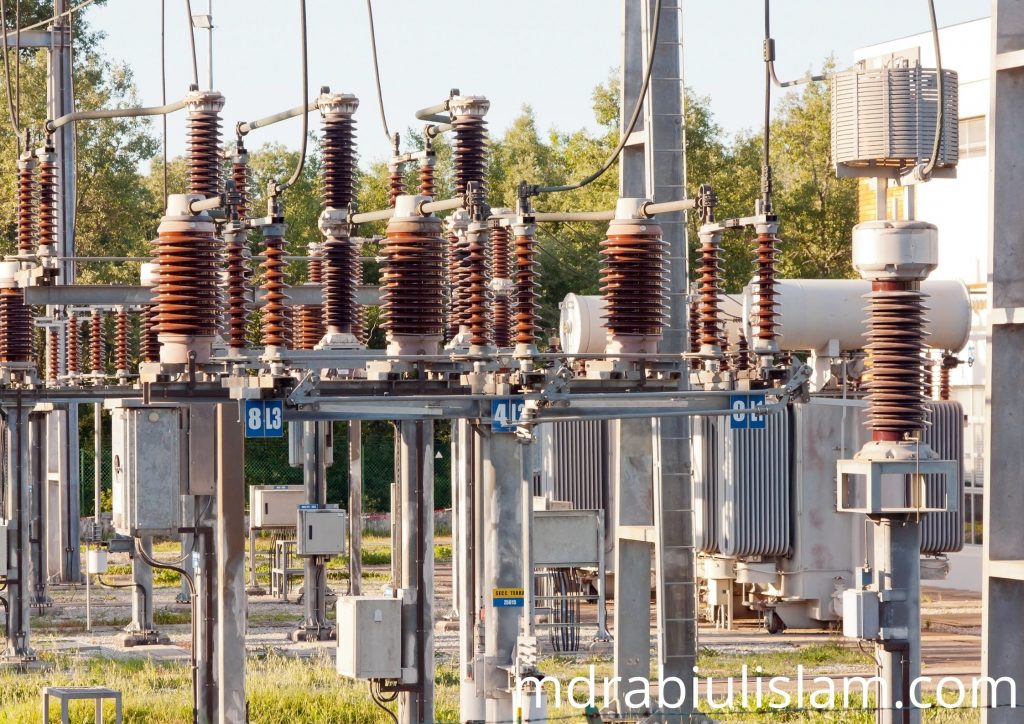 Electrical sub-station is a very essential part of power system. In this modern era, the electricity is so much important that it has become a part and parcel of our life. The electric power is generated at different  generating stations, also called power plants which are located at favorable places and usually far away from the consumers. It then is delivered to the consumers through a large network of transmission and distribution.

It is necessary to change some characteristics (such as voltage, frequency, p.f etc) of electric supply at many places in the line of power system. This job is accomplished by suitable apparatus which is called sub-station. For example, the electric power is produced at voltage level of 11kv and it then is stepped up to 123kv or 230 kv for transmission. The assembly of apparatus performed this job is called sub-station.

Again, near the consumer localities the voltage level is need to be stepped down at the utilization level. This job is also performed by the sub-station. Besides sub-station may need for the purpose of converting ac to DC, correction of power factor and changing frequency too.

The definition of Electrical sub-station

The assembly of apparatus used to change some characteristics (e.g voltage, ac to DC, pf correction etc) of electric supply is called sub-station.

1. According to the service requirement:

A sub-station may be used to change voltage lever or improve power factor or convert AC to DC power etc. According to the service requirement, there are six types of sub-station.

b. Switching sub-station: This sub-station is used to Switching the power line. It doesn’t change voltage level.

Click here to know about power sector of Bangladesh

2. According to the constructional features:

A sub-station has many components like transformer, circuit breakers, relay etc which must be housed properly to ensure continuous and reliable service.  According to the constructional features sub-station may classified into-

a. Indoor sub-station:  Generally, when the voltage is upto 11kv, the equipment of sub-station is installed indoor because of economic considerations.

b. Outdoor sub-station: when the voltage becomes 66kv the equipment is invariably installed at outdoor. Because , for such voltage, the clearance between conductors and the space required for switches, circuit breakers and other equipment become so large that it is not economical to install the equipment indoor.

Click here to read about electrical sub-station in Bangla